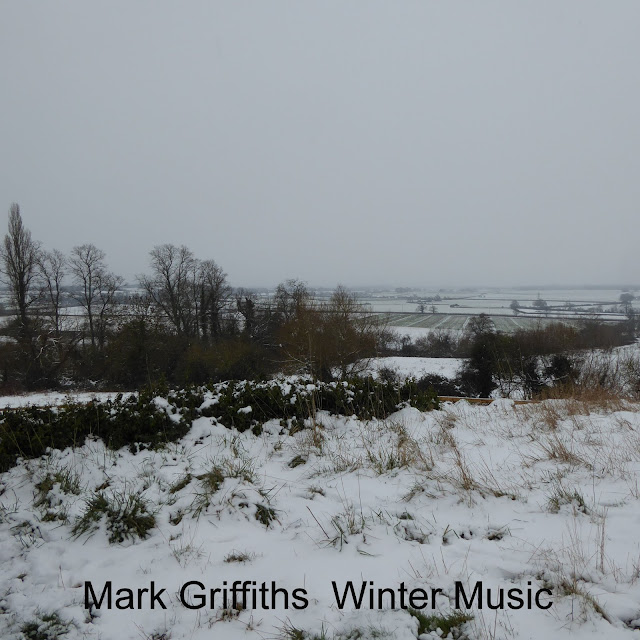 After it's release on Bandcamp https://markgriffiths.bandcamp.com/album/winter-music last February, the album has gone on release on Spotify, Apple Music, Amazon etc.

I wanted this to be a understated pastoral album. It is "small" in the way that many of us in northern climes make ourselves as small as possible as a retreat from the cold. The first track "Across the Snow" is a memory of a walk I took in the 1970s alone as a boy around a local farm. It had snowed quite heavily. There were footprints in the snow, birds and small mammals. I remember hearing the chack chack of fieldfares flying overhead in the peculiar acoustics of a frozen landscape. There are a number of atmospheric recordings on the album recorded on the same day the cover photo was taken. Other tracks reflect other winter moods and memories.
Post a Comment
Read more

January 25, 2020
Hello, thanks for looking me up. If you don't already know,  I'm a UK based synthesist who has been creating music since 1979. In addition to public album releases I have made music for production used by BBC, and the Discovery Channel and other broadcasters.

Because of confusion on various platforms over the name of Mark Griffiths I added a family name to my own to become Mark Ellery Griffiths for my more pastoral releases and Mark Dalton Griffiths to release more experimental/ IDM type music.


Under my original name I released;